We have returned! And already played at one of our favorite venues in town, Il Vicino Brewery. It was so great to see familiar faces of family and friends as well as some new listeners. It was a very warm welcome home.

Opening for The Handsome Family was the best experience Greg, Alex, and I have ever had. All three of us felt like we were exactly where we should be- that the past three (three and a half, four) years we have been a band and all the hard work we put into it was finally paying off. With each new, potentially paralyzing situation in these bustling cities we were thrown into, we knew there were two people next to us experiencing the same thing and it was all going to be okay. The groove we established on the road proved that this is something we could have done twice as long and will definitely do again. Colorado, Arizona, the Midwest, the East coast, even Europe… these grand ideas do not seem too far off now.

At The Sunset in Seattle, I felt a quiet nervousness that I had not felt playing with Wildewood in a long time. There were a few friends there, but ultimately it was our first time playing for a room full of people who had no idea who we were. I wanted to play and sing better than ever before to show Seattle what we were made of and I know Alex and Greg felt the same way. We were tuned into each other like glue. After the show, I had my first experience at our “merch” table and happily sold a handful of our CDs to local Seattlites. 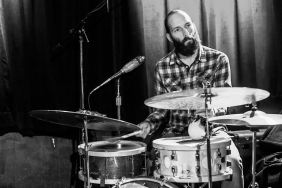